WHO ARE YOU – diptych

The two busts, whose intensity enchants, describe the disharmonious beauty
of the duel: the existence of a participant is justified by the presence of the antagonist,
without who the clash/meeting could not take place.
Like in a chinese Tao, the two opposites intersect themselves, need each other,
so distant apparently but equally in need of completion.

Only in comparison, and in particular in the observation of differences between one and the other,
they can define themselves, through the determinations of contrasts.

Concretely in the work, not only the two figures that make up the One are complementary,
but they have different processes of the material used.

It strikes the difference between the opulence of one of the two characters
and the thinness of the other: if one abounds, the other perishes.
As if to represent global Imbalance, the two characters
(or are they one?) coexist in a space that is not equitably divided.
While the former finds nourishment galore, the second wears out. 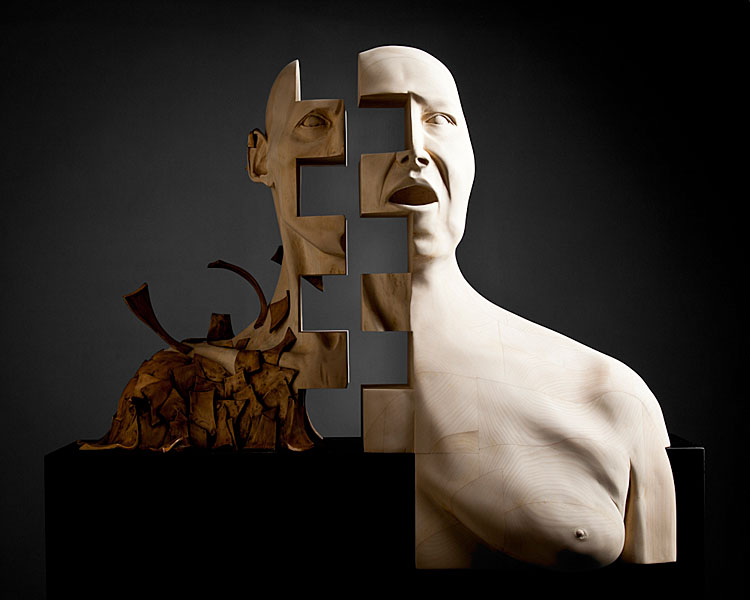 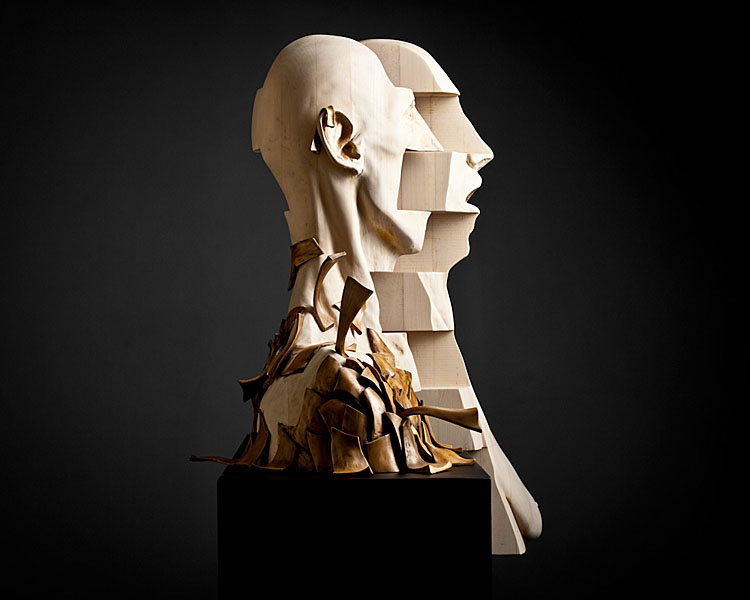 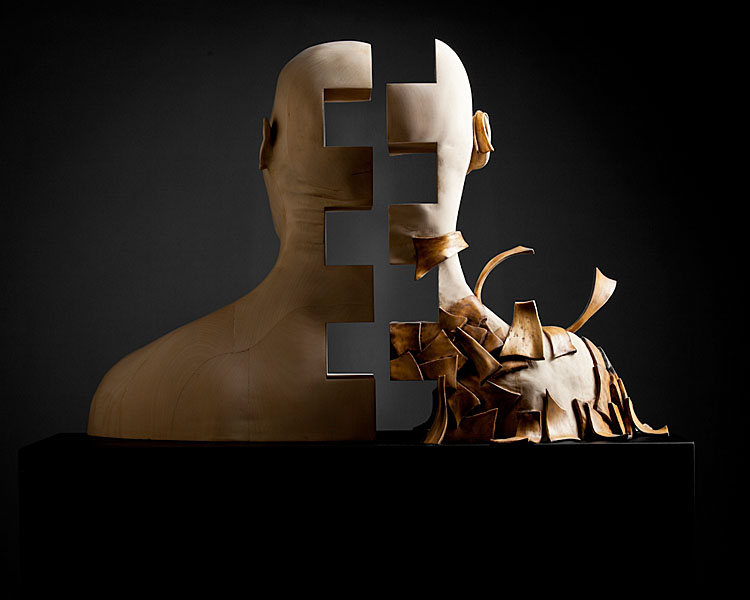 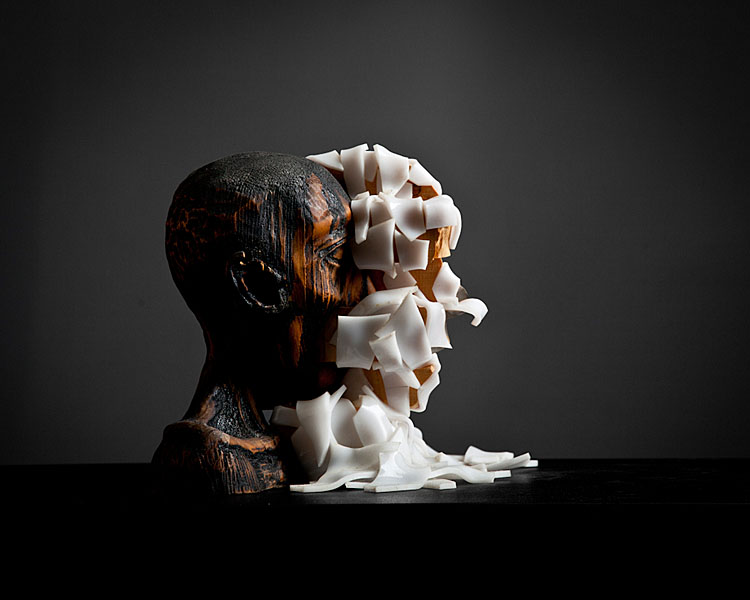 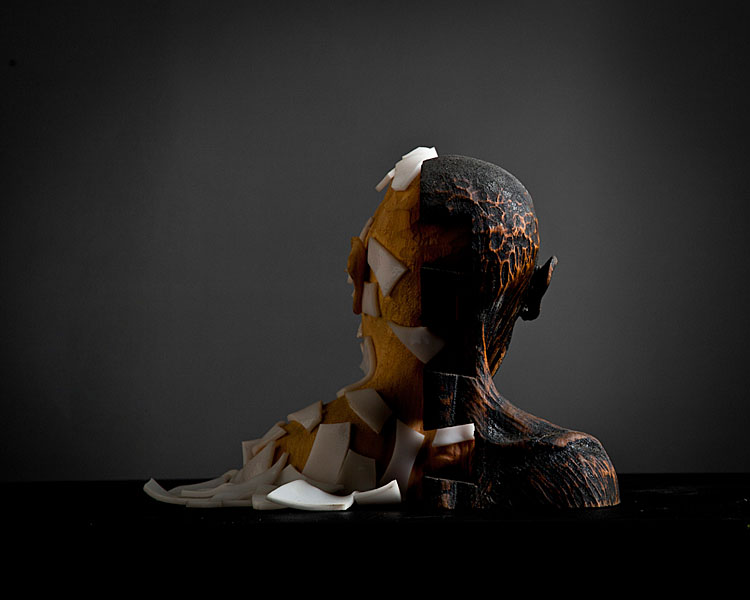